As of late, I've been immersed in reading free verse novels for middle grade and YA.

A fabulous Middle Grade by my wonderful friend, the late Gail Shepherd -- The True History of Lyndie B. Hawkins.

An amazing middle grade series by another friend Nancy Springer: The Enola Holmes Mysteries, soon to be released as a  major motion picture.

More Mostly Middle Grade, Some YA, Some Picture Books:

Hope Was Here, by Joan Bauer
Calvin, by Martine Leavitt
Crenshaw, by Kathrine Applegate
Speak, Laurie Halse Anderson
A Snicker of Magic, by Natalie Lloyd
Freaky Fast Frankie Joe, by Lutricia Clifton
Summer on the Short Bus, by Bethany Crandell
The Odds of Getting Even Shelia Turnage
When You Reach Me, by Rebecca Stead
Rules, by Cynthia Lord
The Wednesday Wars, by Gary Schmidt
Okay or Now, by Gary Schmidt
The Tiger Rising, by Kate DiCamillo
Flora and Ulysses, by Kate DiCamillo
The Year of Billy Miller, by Kevin Henkes
Clemintine and the Spring Trip, by Sara Pennypacker
Amelia Bedelia Means Business, by Herman Parish
Anastasia at this Address, by Lois Lowry
UnGifted, by Gordan Korman
An Abundance of Katherines, by John Green
Fault in the Stars, by John Green
Looking for Alaska, by John Green
No More Dead Dogs, by Gordon Korman
Million Dollar Throw, by Mike Lupica
Every Soul a Star, by Wendy Maas
The Year the Swallows Came Early,
Jeremy Fink and the Meaning of Life, by Wendy Maas
The One and Only Ivan, by Katherine Applegate
The Surprise ATtack of Jabba the Puppett, An Orgami Yoda Book, by Tom Angleberger
Anastasia Krupnick, by Lois Lowery
Mallory on the Move, by Laurie Friedman
Something Stinks, by Gail Hedrick
The Strange Case of Origami Yoda, by Tom Angleberger
Darth Paper Strikes Back: An Origami Yoda Boo,k by Tom Angleberger
Dork Diaries - Volume 4, by Rachel Renee Russell
Hooey Higgins and the Shark, by Steve Voake
Golda Joyce Psychic Investigator, by Jennifer Allison
The Miraculous Adventures of Edward Tulane, by Kate DiCampo
The Absolute Value of Mike, by Kathryn Erskine
Lawn Boy, by Gary Paulsen
Lawn Boy Returns, by Gary Paulsen
The Bippolo Seed and other Lost Stories, by Dr. Seuss'
How Lamar's Bad Prank Won a Bubba-Sized Trophy by Crystal Allen
SpaceHeadz, by Jon Scieszka
Schooled, by Gordon Korman
Katie Woo books, by Fran Manushkin
Jack on Tracks Four Seasons of Fifth Grade, by Jack Santos
Boys Vs Girls Accidentally, by Lisa Yee
Jazz Pizazz and the Silver Threads, by Mary Quattlebaum (love that last name)
Thomas' Snowsuit, by Robert Munsch
Nate the Great on the Owl Express, by Marjorie Weinman Sharmat
Lemonade Wars, by Jacqueline Davies & Lemonade Crimes
Dead End in Novelt, by Jack Gantos
Stupid Fast, by Geoff Herbach
Eggs, Jerry Spinelli
Alvin Ho, by Lenore Look
Clementine Series, by Sara Pennypacker

Seven Secrets About Me (now not so secret) 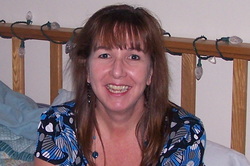 1.  I might be a math geek - I do Sudoku for fun
2.  My favorite holiday is April Fool’s day and serendipitously my son was born on April 1st.
3.  I love popcorn and red licorice, but almost never get them at the movie theatre.
4.  I love going to the library to people watch, I mean, to read, work, and check out books, and the
Children's section is still my favorite place to hang out.
5.  I don’t have a smartphone. No point in a techno-gadget being smarter than me. :)
6.  Small rodents freak me out.  Like mice, rats, moles, gerbils, hamsters and even small rabbits.
7. My favorite spot to meet and hang out with my writer friends - McDonalds, but I only have coffee :)